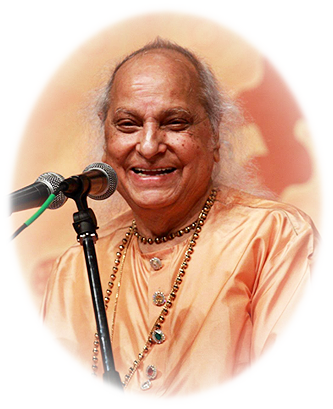 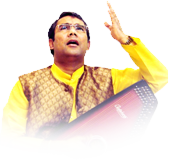 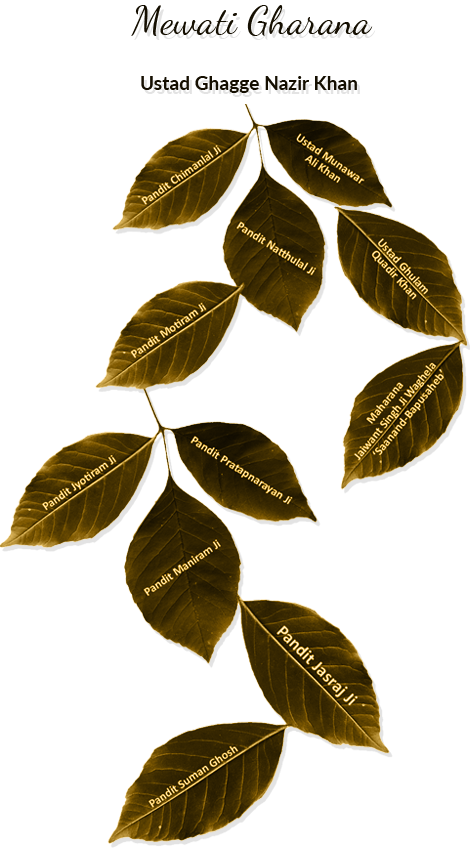 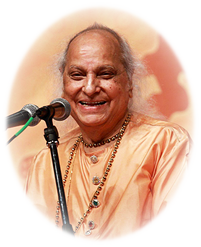 While the music connoisseurs of world salute him as the Sun of Music (Sangeet Martand), his beloved disciple Pt. Suman Ghosh feels that, in the Universe of Music, his Param Pujya “Guru Ji” Pandit Jasraj Ji is the embodiment of the galaxy which is made of the stars even larger and greater than the Sun. Through our normal human perception, one can experience only a part of his true self, and even that is humbling enough, and an experience of a lifetime!

While managing an unbelievably hectic schedule for the last several decades, globe-trotting as a performer, the Legend of Indian music had still carved out time to train some of his handpicked disciples, Pt. Suman Ghosh being one of them. Despite a rich background of previous training under illustrious Gurus, Pt. Ghosh experienced a paradigm shift in his understanding and application of the art of Performance under the rigorous, on and off the stage, taalim for the longest under the Mewati Supremo, who is considered a Renaissance-Man in this traditional performing art. An elevated soul with the highest spiritual attainments, a musical mind which can see, synthesize, conceptualize and deliver the most amazing level of mystical musicality, is only a glimpse of the ocean, named Pandit Jasraj Ji. Both as a towering Musician and as one of the greatest ever Gurus, he is like the vast sky, which seems to end at the horizon; but, upon reaching the ‘horizon’, one realizes that the sky has no limit. In the similar way, the greatness of the Sangeet Martand is simply unfathomable. Pt. Ghosh owes and dedicates every bit of his musical existence to his “Guru Ji”.

This website contains copyrighted material and other proprietary information, including but not limited to, the design, text, software, photos, video, graphics and sound. Any unauthorized use, copying, reproduction and modification is strictly prohibited and will be prosecuted to the full extent of law.